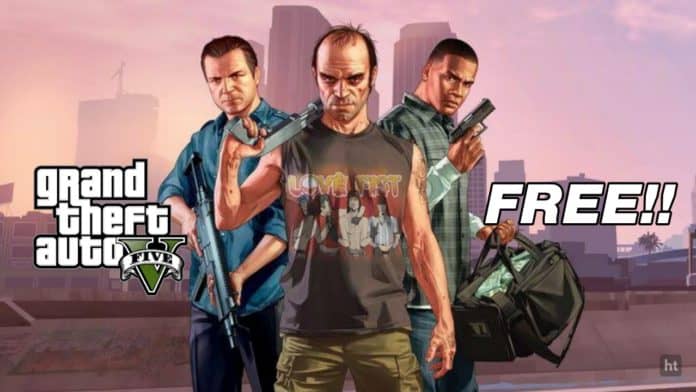 The Epic Games Store had been counting down to launch of an unnamed free title at 11 am today.  Epic Games store has finally come online. It took up to eight hours to come again online from run out. Read the post till the end to know more about this why high traffic on the epic game due to everyone tried to get GTA V for free.

Although when it came the time for the games to go live, the Epic Games store went down, probably because people tried to refresh the site to claim the free title. Epic Games store has given away many free titles since it launching its PC store in December 2018. The company also said that it plans in January to continue the giveaway free games in 2020.

We are currently experiencing high traffic on the Epic Games Store.

We are aware that users may be encountering slow loading times, 500 errors, or launcher crashing at this time and we are actively working to scale. We’ll provide an update as soon as we can.

Because of the heavy traffic to the store may have affected other Epic services as well. You know very well people are excited to get free so heavy traffic may affect the other services. Official Fortnite Twitter account said that the Epic was investigating the issues on PC and Mac book. Epic also said that latterly that Android and iOS. During this day Epic’s Battle Breakers mobile games were also facing issues. Although according to the Epic’s Status page both the Battle Breakers and Fornite is now again operational.

GTAV is now available for free on the Epic Games Store until May 21st. #GTAV pic.twitter.com/4XzytxSQnY

You must have to know that the Epic is now requiring the people to have two factors or two steps authentication turned on to claim the free games. Epic also guides you on how to turn on two factors authentication. It running as butter by the game booster

The Epic lets you claim the premium edition of GTA V, which includes the complete GTA V story, Grand Theft Auto Online, and the existing gameplay upgrade and content. Also according to the studio, as well as the criminal enterprises which give you additional content and $ 1000000 bonus cash for GTA Online.